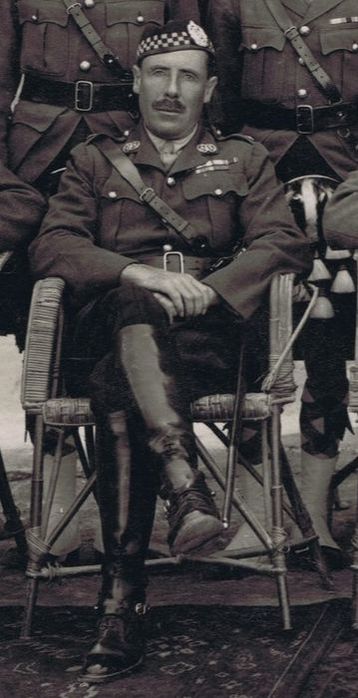 This modest brass plaque commemorates a soldier who won no fewer than three DSOs. Until 1993 the DSO was awarded rewarding individual instances of meritorious or distinguished service in war. It was a military order, until recently for officers only, and normally given for service under fire. When awarded to more junior officers it was an indication they'd just missed out on winning a VC.

On 9/10/1919 Lumsden relinquished his temporary rank of Lieutenant Colonel and was reinstated to the rank of Temporary Major while commanding A Company In the Tank Corps on 24/10/1921.  On 26/6/1923 he re-joined the Argylls and served with the 9th Battalion. He became a Major on 7/4/1924. At some point he also became Adjutant of the Battalion, as it is recorded he relinquishes the appointment of Adjutant on 16/3/1925. He then listed on the reserve of Officers as lieutenant Colonel 20/3/1930.

He is mentioned in a history book for the 1st Battalion from 1909 to 1939. This provides some information regarding his movements prior to WW1.

Unfortunately we haven't uncovered any information explaining why he received his first DSO or MC, below is some information from newspaper articles relating to his second DSO.

Also below is Lumsden's obituary from the Thin Red Line from 1967. Sadly, he drowned whilst walking his dogs beside the river Dee on Sluie Estate where he lived. 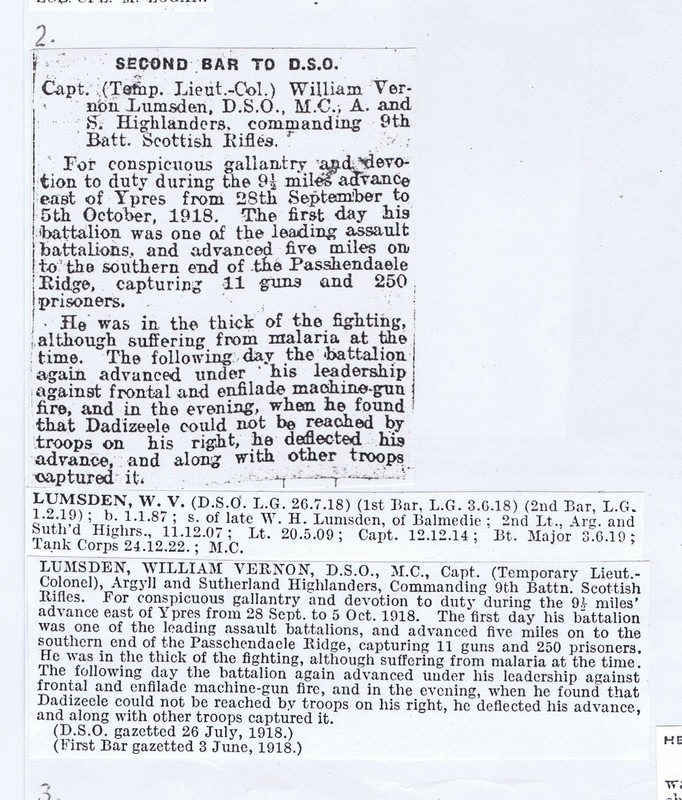 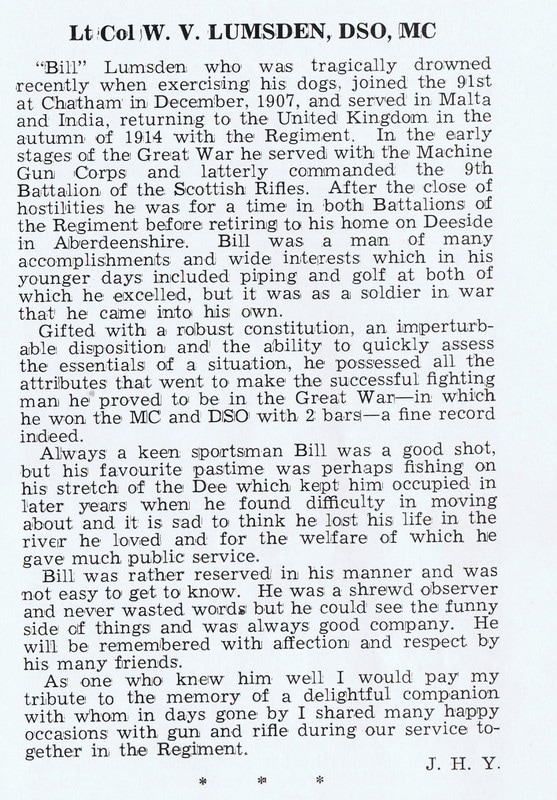